Night of the Hunter

Night of the Hunter

As the video’s unseen protagonist walks through the abandoned interior of an office building that perhaps used to be a troll farm, he ontologically metamorphoses into a relatively autonomous, foreboding figure. He says: “I want to be St. Paul, to emancipate social networks.” Burdened by a Messiah complex, “he dehumanizes himself in his struggle for the truth and against people’s dehumanization online” – as Žák put it in his description of the video. In video’s script, Žák “secretly” rejects this ambivalence, this intertwining of truth and lies, when at one point he recalls Bateson’s definition of information as a difference that makes a difference. Night of the Hunter mixes the notion of an information war that paralyzes the individual’s ability to act with the real war in the Middle East, in Syria, as represented by moving and manipulated images steamrolling over one another, blending together, blurry, twisted, and distorted. The constantly receding images recall elastically curved monitors and force us to absorb the entropy of the digital image, data subject to the loss of memory. (Edith Jeřábková) 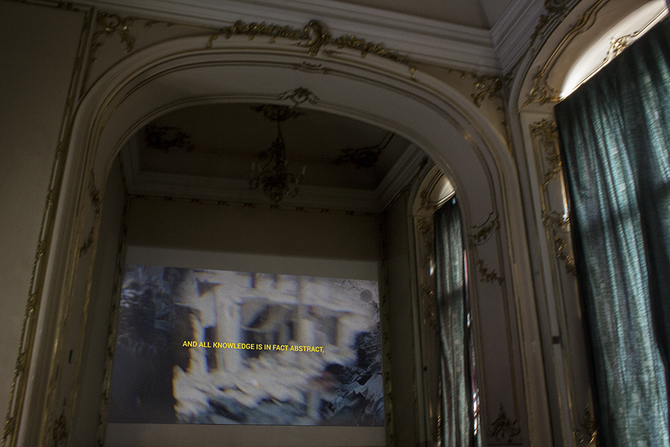 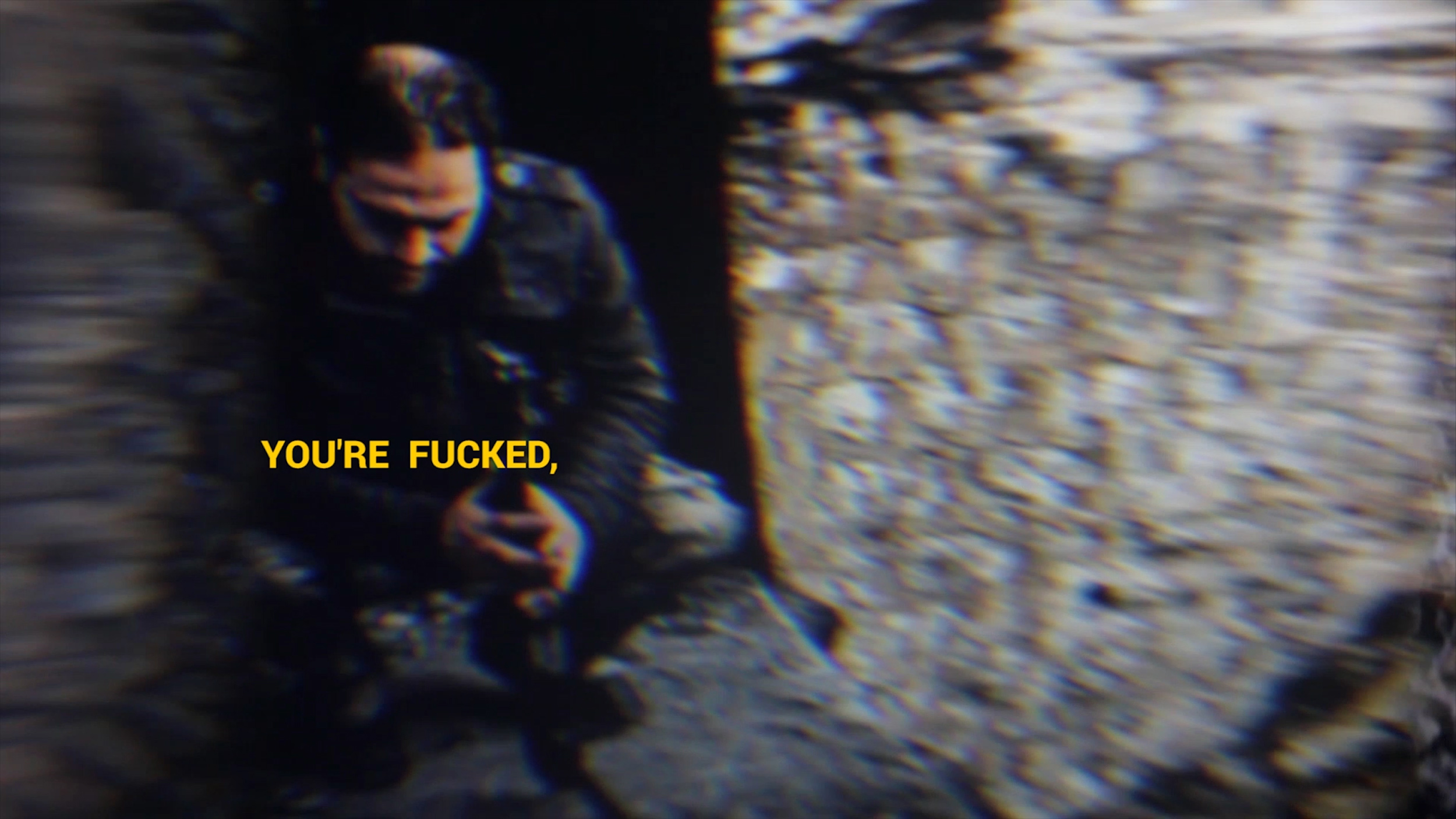 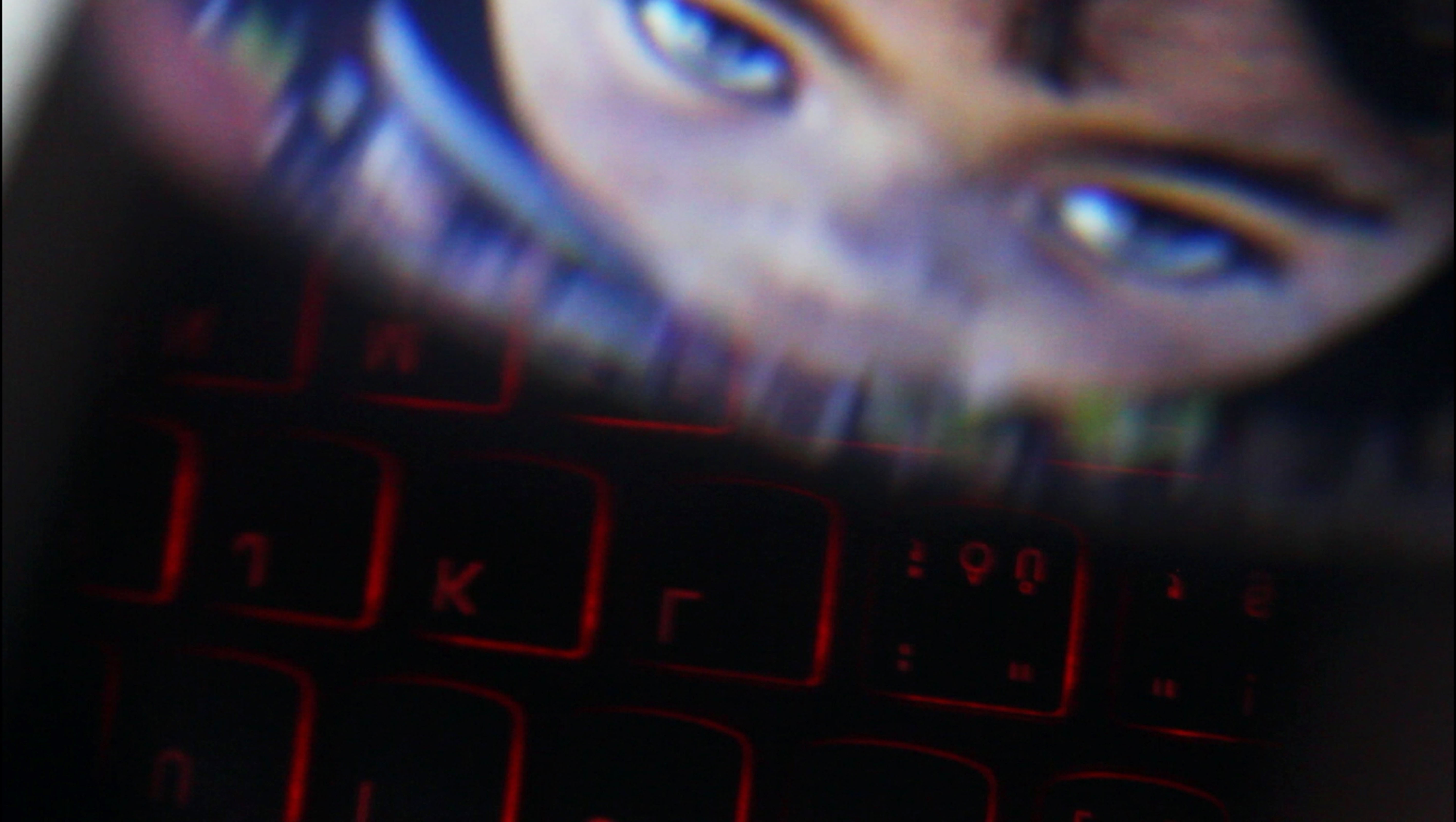